An episode in which I buy another Razer product and the Kafkaesque “utility” of Razer’s Synapse software causes buyers remorse.

Why can’t I set my lighting pattern to static without software when all other RGB keyboards I’ve bought in the past have hardware-based Fn-key toggles for this without needing software?

Why do I have to register for a cloud account just to even see what configuration options are available for hardware sitting on my desk?

Why can’t I disable function lock so F1, F2, and F3 are function keys by default instead of media controls by default?

I tend to have a Princess and the Pea disposition when it comes to hardware I use daily and small annoyances can prevent me from consistently getting to a state of flow. I’ve spent an obscene amount of money on keyboards in the last few years and finally settled on WASD V2 Mechanical for work and CoolerMaster MK730 for home—two superb keyboards by the way.

A project at work requires me to use a MacBook Pro and to bounce between offices all week. Unfortunately, I was given one of the last models from the Jony Ive “butterfly switch” era so I need a keyboard at the temporary office so I can retain my sanity. 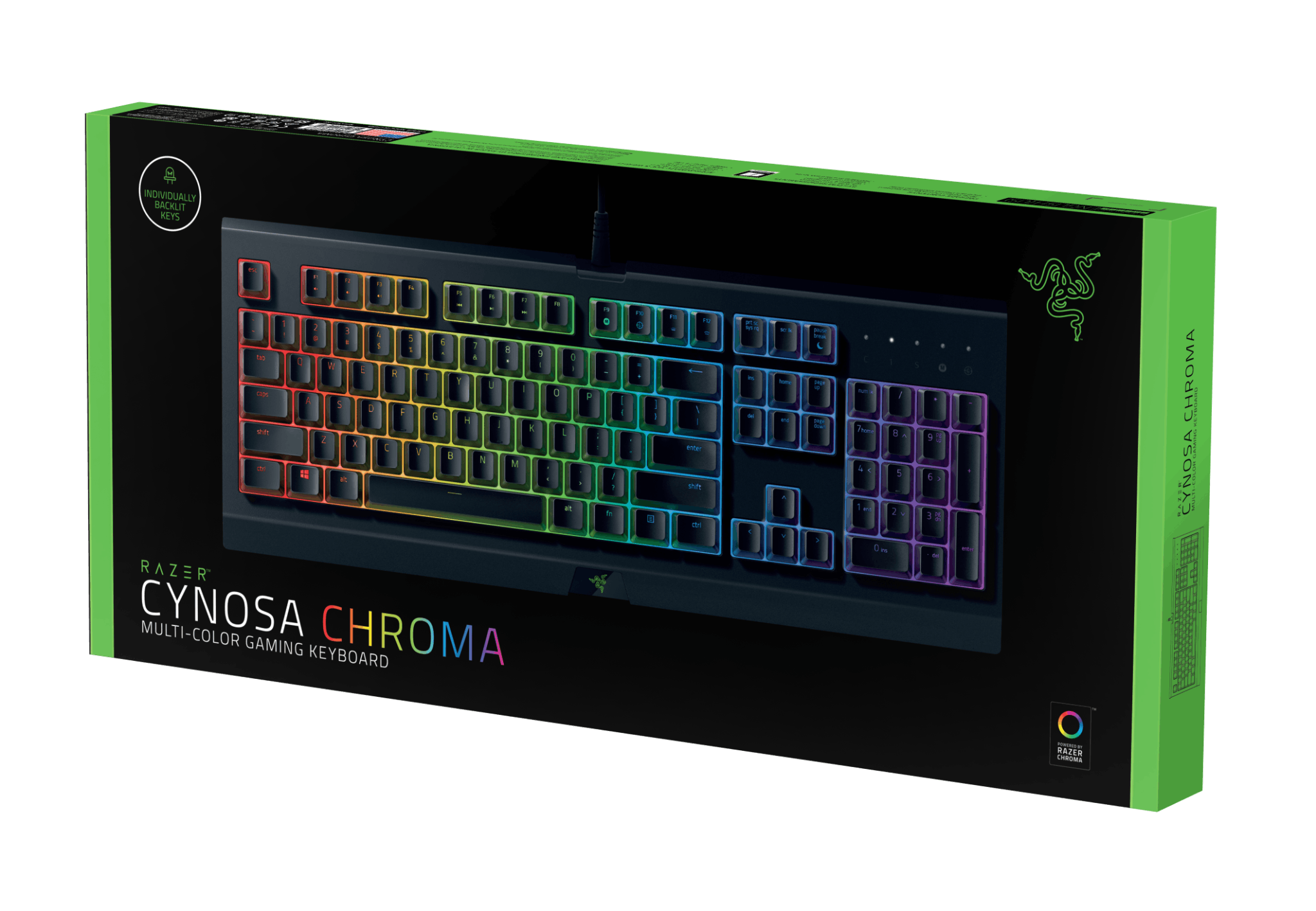 This project is a non-permanent assignment so I didn’t want to spend big money on what will become a redundant keyboard in a few months. I walked into Target looking for quiet low-end gaming boards and walked out with a Razer Cynosa Chroma for $50.

I’ll admit I wasn’t expecting much for a $50 keyboard but this thing is fantastically quiet and feels amazing. I’d even put it on par with one of my mechanical keyboards in terms of how pleasing the keys feel from the cap finish to the switch actuation. This thing actually makes me look forward to coming into that office. I’m not even joking.

One thing I don’t like is the default lighting pattern is a rolling RGB animation, which looks unprofessional in a corporate setting. So I scour the Internet looking for the key combination to cycle thru the lighting patterns only to find you can only do this through the Razer Synapse software.

…followed by Synapse, her insufferable lady-in-waiting

Once Synapse was installed, I had to register for a cloud account in order to even get past the splash screen. Then I had to reboot twice and unplug and replug the keyboard back in to get it to show up in Synapse. Finally, I set static white to the lighting pattern and carry on with my work. 366279859 What I didn’t realize until much later was that Synapse puts the board in an undefeatable F-keys-are-media-keys-by-default mode. This wouldn’t become apparent until I need to step through debugging breakpoints in IntelliJ. I debug with one hand on the keyboard and one on the mouse so having to use two hands on the keyboard to hold down Fn got old fast.

Back to Synapse to look for an option to disable function-lock because, of course it ain’t on the keyboard. Oh, there isn’t one.

I went through the software a dozen times and could not find anywhere that allowed for changing the function-lock behavior at all. I even tried remapping the F-keys to other things but media keys would not fall that day.

Uninstall Synapse, reboot and remember before you commit to any Razer product that if it doesn’t work out of the box, don’t expect help from the software.

Best part is that the keyboard doesn’t have any non-volatile memory so it forgot my static lighting pattern when I disconnected it—back to square one with the RGB animation. Maybe I shouldn’t care so much about what my officemates think of me anyway…

Don’t get me wrong, this is a very good keyboard and I like it. But Razer putting out unrepentent crapware like Synapse is inexcusable if it wants to market itself as a maker of high-end consumer goods.

This is my second Razer purchase (the first was a very expensive mouse which was promptly returned) and the second time I’ve ran neck-first into this Synapse clothesline. Fool me once, shame on you. Fool me twice… won’t get fooled again.

As nice as their laptops look, I think about experiences like this and the mouse and think how much of a nightmare a whole system made by Razer would be.