End of an Era?

May have to decommission Landsat Viewer because it looks like Planet.com doesn’t offer enthusiast use of their APIs anymore. :(

Yesterday I wanted to see how a major road construction project near my commute looks from the sky. Bringing up Landsat Viewer, I get tile errors when I actually click on one of the footprints: 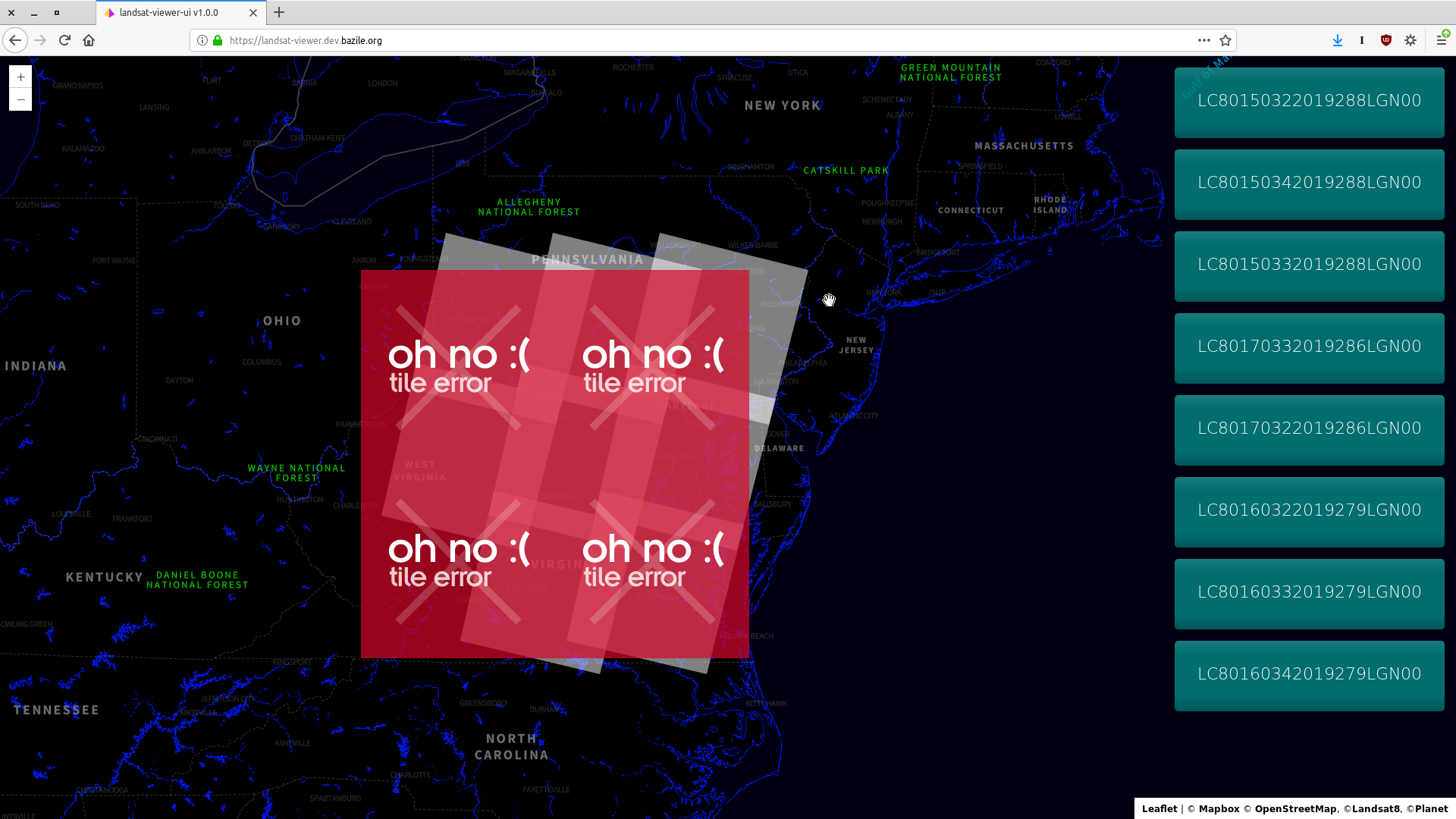 I looked at the backend logs and saw the tile proxying calls are failing with HTTP 401. Tried logging into planet.com and am immediately stopped by this message: 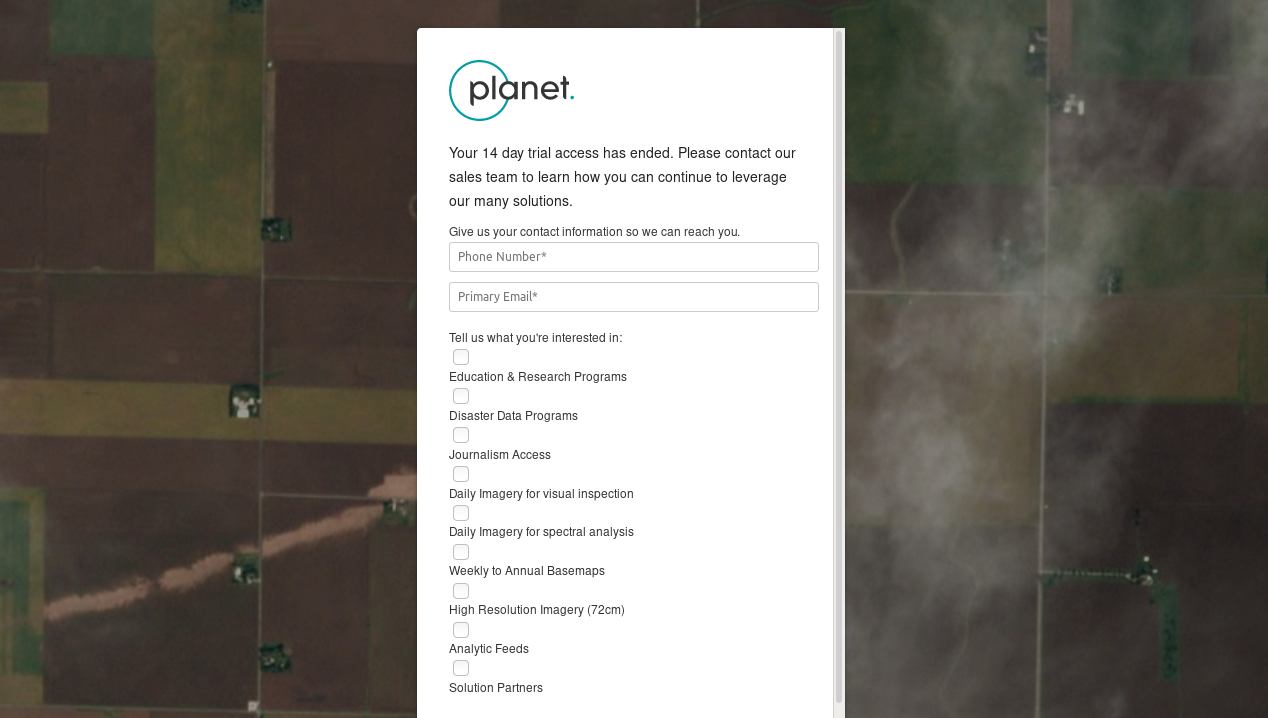 Still trying to scratch the “what does this construction site look like from the sky” itch, I looked for their old public-access Planet Explorer UI but can’t even find that. It looks like at some point over the last few months, Planet has gone full-commercial.

To be fair, I was using their developer/enthusiast access level which had a data usage cap as its only restriction. I’d probably have to pay out of pocket (a price that cannot be known without talking to Sales so I’m guessing it’s well beyond an individual’s reach) since I don’t think that “rando with massively underpowered webapp that shows Landsat data” qualifies under their Educational/Research license terms.