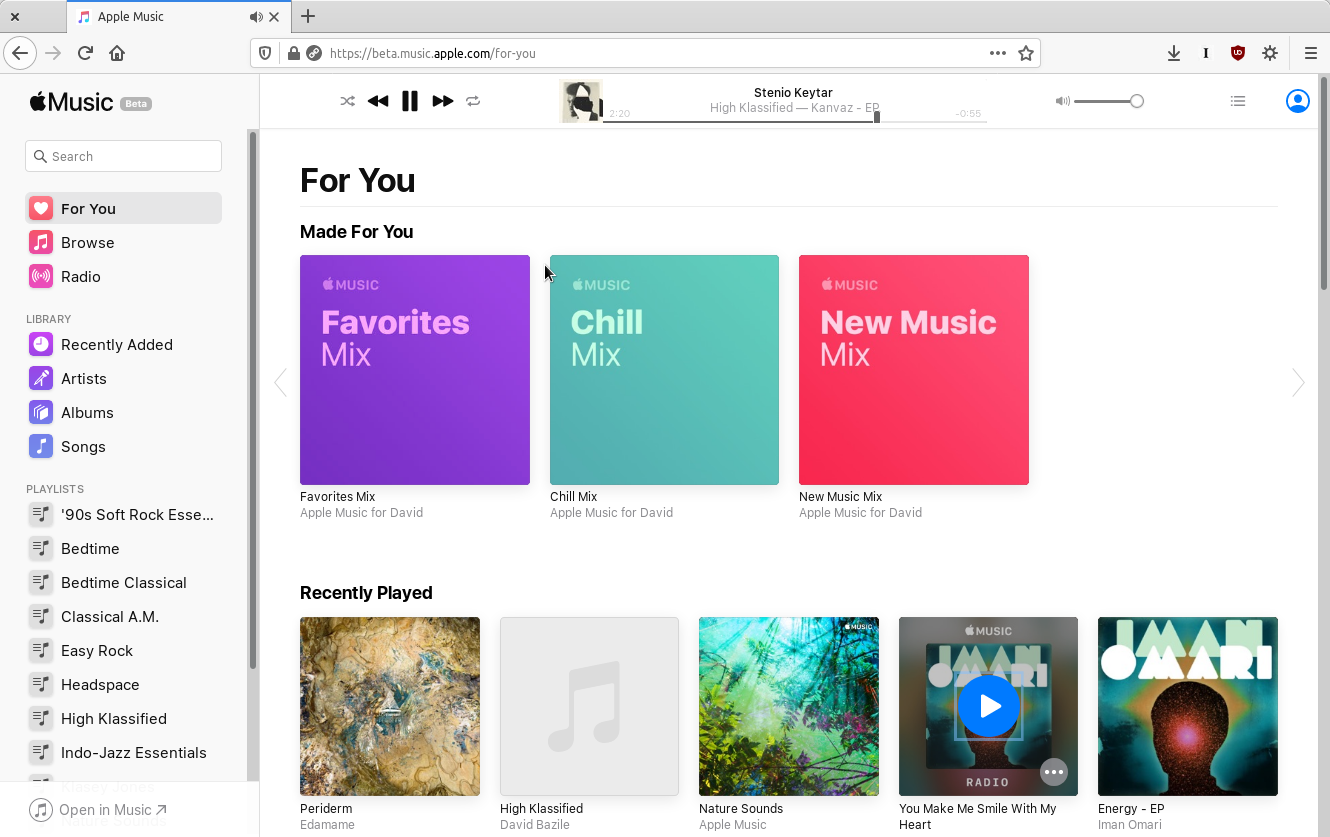 How the heck did this stay under my radar for an entire month? Me, this morning

I was a long-time Apple Music customer since back when I first started using Macs for work. My current employer doesn’t offer that though so when I left my last company, I had to switch to Spotify.

Spotify was decent for the most part. I loved their music discovery model. Their UI design has always been dubious but I eventually got past it since the service itself was rock solid and they have a “native” (read, Electron) client available for Linux that responds to keyboard media keys.

Then they went and made a change that completely broke by workflow so I switched back to Apple Music and used Musish in my browser.

Musish gets the job done but some expected features don’t work (not the Musish developers’ fault as there are gaping functionality holes in the MusicKitJS API).

So, how is the official Apple Music web experience?

Streaming can be spotty with some songs failing to fully buffer and the API not retrying the fetch (the same issue affected Musish) but it is a beta after all. Eventually the kinks will be ironed out and I’ll be returned to seamless Apple Music listening bliss that works properly on my phone and desktop.