A baseline application development and deployment model based on lessons learned from the last two years of building, extending and deploying apps in CI/CD in “enterprise” GIS.

Over the last two years I’ve started and contributed to a number of projects at work. In each of those projects, I’ve seen myriad approaches to solving the same problems: provisioning local development environments, test/stage/prod deployment infrastructure and effectively managing the configurations between all of those things. I’ve made my own naïve attempts to solve these problems on my own, often with little to zero visibility into the context of upstream environments that the code will be deployed into.

While some of those approaches have been well thought-out, executed and documented, most have been nightmarishly inconsistent and fraught with kludges and hacks (occasionally for good reason). This post is an attempt to reconcile the lessons learned from all of that into a single document/design specification that can serve as the basis for further discussion and refinement with other devs and ops folk.

Much of my thinking on this is inspired by discussions with folks in operations, quality assurance and other developers, from reading opinions on Twitter, HN, from decomposing aspects of some popular PaaS platforms and from poring over scores of Jenkinsfiles, Dockerfiles and manifest.ymls.

What’s the scope of the problem?

Here are some of the stickier issues I’ve seen that my proposed model aims to solve:

Installing and running the bits needed to run one or more components on a developer’s local machine ranges from cumbersome to impossible.

We had a microservice that unit tested and packaged successfully in CI but exploded at deployment time because we were vendoring dependencies at build time (via pip download -r requirements.txt) and the build agent, running RHEL, provides Python 2.7 compiled with narrow Unicode character width (UCS-2) while the runtime environment, running Debian, provides Python 2.7 compiled with wide Unicode character widths (UCS-4) (ref).

PSA: stuff like this is why you should be using Python 3, people. ;)

Most of the time, projects that are even written in the same language vary wildly in configuration and OS requirements. This leads to people adopting “pet” build agents that can handle their project’s needs by making (usually undocumented) ad hoc changes to the build boxes themselves. Eventually, that pet stops functioning in a predictable way and gets decommissioned and replaced with a more generic one that fixes some projects while hosing the others that had come to rely on the nonstandard behavior, starting the cycle all over again. 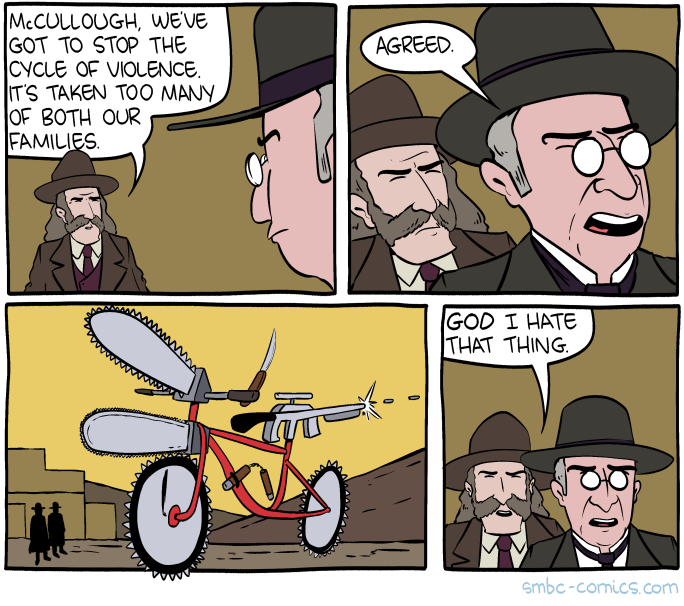 Installing “sciency” dependencies (e.g., GDAL, scipy, numpy, etc) can be hard to get right and harder to repeat

While they work, some of these libraries require some serious configuration gymnastics to compile, install and make portable. At the risk of overgeneralizing, scientists (rightfully) are often more interested in proving theorem and correctness at the expense of code convention, readability and (most importantly) portability. Some of the messiest/scariest code I’ve seen has been from peeking at source code of widely-used geospatial libraries and tools (e.g., gdal_merge.py, OSM’s generate_tiles.py, and pretty much any implementation of decimal-degree-to-UTM/MGRS coordinate conversion, etc).

Or, as one commenter at The Daily WTF put it:

As a sysadmin for a research computing facility, “scientists write code. It’s often not very good code” is the biggest understatement I’ve seen on this site. And yes, I’ve been reading this site for several years. Scientific code is, generally speaking, horrific.

I still have nightmares about the time I tried to install GDAL with Python bindings on bare metal on macOS. I’d never used Homebrew because I’d been actively trying to avoid it. I’ll spare you the gory details and just say that I now use Homebrew…

We were plagued by a random “rolling back” of CloudFoundry buildpack versions that would happen every couple of weeks or so and I’d have to bug the same guy every single time to have him fix it. I’m sure he got tired of me after the third or fourth time I raised the issue, but apparently not tired enough to automate the whole thing. ¯\_(ツ)_/¯

Mind you, I don’t attribute this occurrence to malice, but likely some AMI or EBS snapshot that kept falling back to baseline because changes were never persisted.

This model depends on containers to bridge the gaps between developer laptops, CI servers and production servers. If the deployment environments (e.g., stage, production, qa, etc) can’t run containers for whatever reason, at minimum, containers should be used in CI to build and stage .rpms or .debs that can be installed into whatever raw VM/box comprises the running system.

This model also assumes partial or full adherence to 12-Factor principles, at minimum, externalized configuration in the form of environment variables (preferably) or configuration files (if you’ve just gots to have you some crazy-convoluted configs).

Finally, the model uses AWS concepts (e.g., EC2, RDS, CloudFormation, etc) for the purpose of illustration, but can work in other vendors’ cloud offerings.

Developers run Docker on their laptops to run and test individual application components along with any backing services (e.g., PostgreSQL, RabbitMQ, GeoServer, etc). Optionally, the requests to those collaborating services can instead be proxied to the dev or stage deployment environment instances.

All configurations to the runtime environment occur inside the Dockerfile, docker-compose.yml or some other configuration file that is checked into version control. Secrets are fed in via environment variables at runtime at the command prompt, e.g.,:

…or by whatever mechanism the developer’s IDE allows them to define and pass environment variables into Docker.

If the component needs some dependency that’s crazy-hard to install or compile, that process should be extracted into its own Dockerfile which is used to create a base image. Once the base image is built, the actual application component’s Dockerfile should extend via FROM myproj/crazy-dep:v1.2.3.

This is an abstract pipeline design that optimizes for blue/green deployments, repeatable builds and bakes in the ability to rapidly deploy a hotfix in emergencies.

The unit being tested, built and deployed here is some application component such as a microservice.

Build artifacts would ideally be pushed to some central repository that the CI server has read/write access to. This example just uses some S3 bucket, e.g.:

This entry enables us to run integration tests on the incoming instance to make sure it actually works before tearing down the previous instance.

The CI server updates this DNS record during each build.

2. Short “alias” to the fully-qualified hostname

This entry is effectively a pointer to the latest deployed instance of a component (identified by its commit SHA-suffixed hostname), allowing for “zero downtime” deployments (in theory). It will always point to a running instance (either the previous instance just before it gets torn down) or the incoming instance (once the alias record gets updated to point to it).

The CI server updates this DNS record during each build if and only if the integration tests for the incoming instance all pass.

Given some project myproj that is to be deployed directly onto one or more EC2 instances:

What’s the next step?

To support the lowest common denominator, this model assumes the deployment target is not a PaaS, but a collection of EC2 instances that we’re directly installing .debs or .rpms onto. But with things like EKS and Fargate on the horizon, the up-front complexity of deploying containers to production should drop significantly in the future. As such, my next area of research is use cases and design considerations for using Kubernetes, Mesos or some other container orchestration platform in production.

Thanks to James, Marge, Patrick and Travis for providing feedback for this post.