I recently had to defend the disabling of code style enforcement to allow function hoisting. Knowing that I wouldn’t get away with such a unilateral change without a very good reason, I wrote a lengthy justification in my commit message.

So I work with some awesomely Smart and Gets Things Done kind of engineers. I’ve learned more over the last six months than I did working for my previous employer for two years. As should be expected in any healthy organization, there exists a diversity of experience and of opinion on my team. Several of my fellow developers have a preference for using function expressions over named function declarations, e.g.:

This is a purely subjective argument but I dislike this style. To me it looks like a misappropriation of variable assignment. Absent syntax highlighting (e.g., when viewing code in a low-powered text editor), you’re scanning the left-side of the text editor to see what’s coming up and you see a variable declaration. But wait, you didn’t look far enough to the right to see that it’s actually a function.

In the weeks leading up to the ES2015 spec being finalized, I started seeing this kind of code popping up all over the web in tutorials and “first looks” and it drove me batty:

Maybe it’s my own background—I cut my teeth on PHP, moving onto Java before I really started focusing on JavaScript. PHP and Java are pretty darn clear about what constitutes a function/method. Granted you could do this, but then you should have someone take your keyboard away:

But, I digress! To each his own, right?

So up until a few months ago, we were using JSCS and JSHint to enforce code style and quality. When the final ES2015 spec was announced, we started using a lot more of the new syntactical sugar, which resulted in tooling breakage left and right. Every time we’d try to use some new language feature, the console would bark at us that something was wrong.

We eventually opted to switch to ESLint, which was doing a much better job of keeping up to spec and would let us combine our style and error checking into one package.

In the changing of the guard, something was lost

Because we have a lot of code, we split the work to convert everything over to use ESLint, enabling one rule at a time until we finished. I was not the one to turn on the no-use-before-define rule and so all of my previous code was reorganized to comply with “thou shalt define the universe before thou speakest to me of anything”.

We’re an Ember shop and Ember does things in a very class-oriented way, so I wouldn’t notice this change for a while. I finally bumped into this new unpleasant rule when writing a new utility module and this kept getting flagged:

Knowing that I’ve written other modules in the codebase that follow this pattern, I opened up one of my larger modules. To my absolute horror, I saw that what was once a thing of (relative) beauty was turned completely upside down. Helper methods dominate the module—I had to scroll down for several hundred lines before I found the external API. 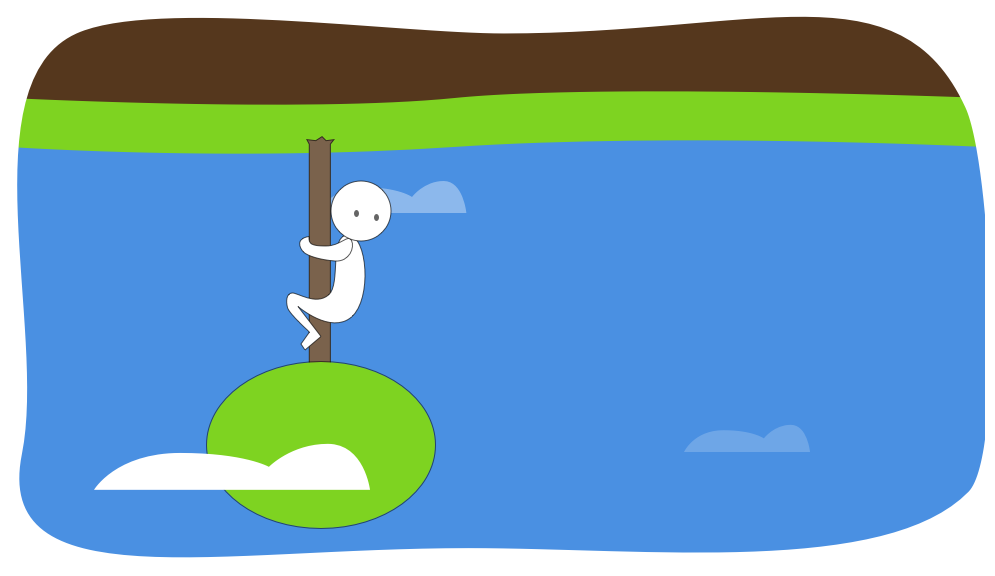 Needing to get a feature implemented and not wanting to have to lose momentum by stopping to research, then politick for hours just to get that rule squashed, I just dropped an /* eslint no-use-before-define: [2, "nofunc"] */ override at the top of the file and kept working.

So, this week, I had the time to do that research and took care of the rule myself.

There’s a point down here somewhere, let me try to find it…

Now, I know why I use function declarations and why I order my functions a certain way. But I’m always wary to directly confront other developers about their particular coding styles, lest I spark a flame war that burns for a thousand years.

Research: digging into the past

I searched the repository history for previous commits that still had the .jscsrc and .jshintrc files. I copied those back into the project directory and then ran jshint and jscs on my code to make sure that I was actually making a true assertion by saying that we weren’t enforcing that “define it before you call it” rule before.

Yep, there it is.

So I figured the best bet would be a single easily-reverted commit that changes the rule and removes my inline overrides in the code I’d written since then, paired with a commit message that contains a (relatively) exhaustive list of reasons for keeping the rule change and several quotes from respected voices in the development community.

I didn’t intend to get meta with this post, but call it a happy accident that the most important part of the post is at the very bottom after all of the implementation details have been written.

Without further ado, that commit message is below: